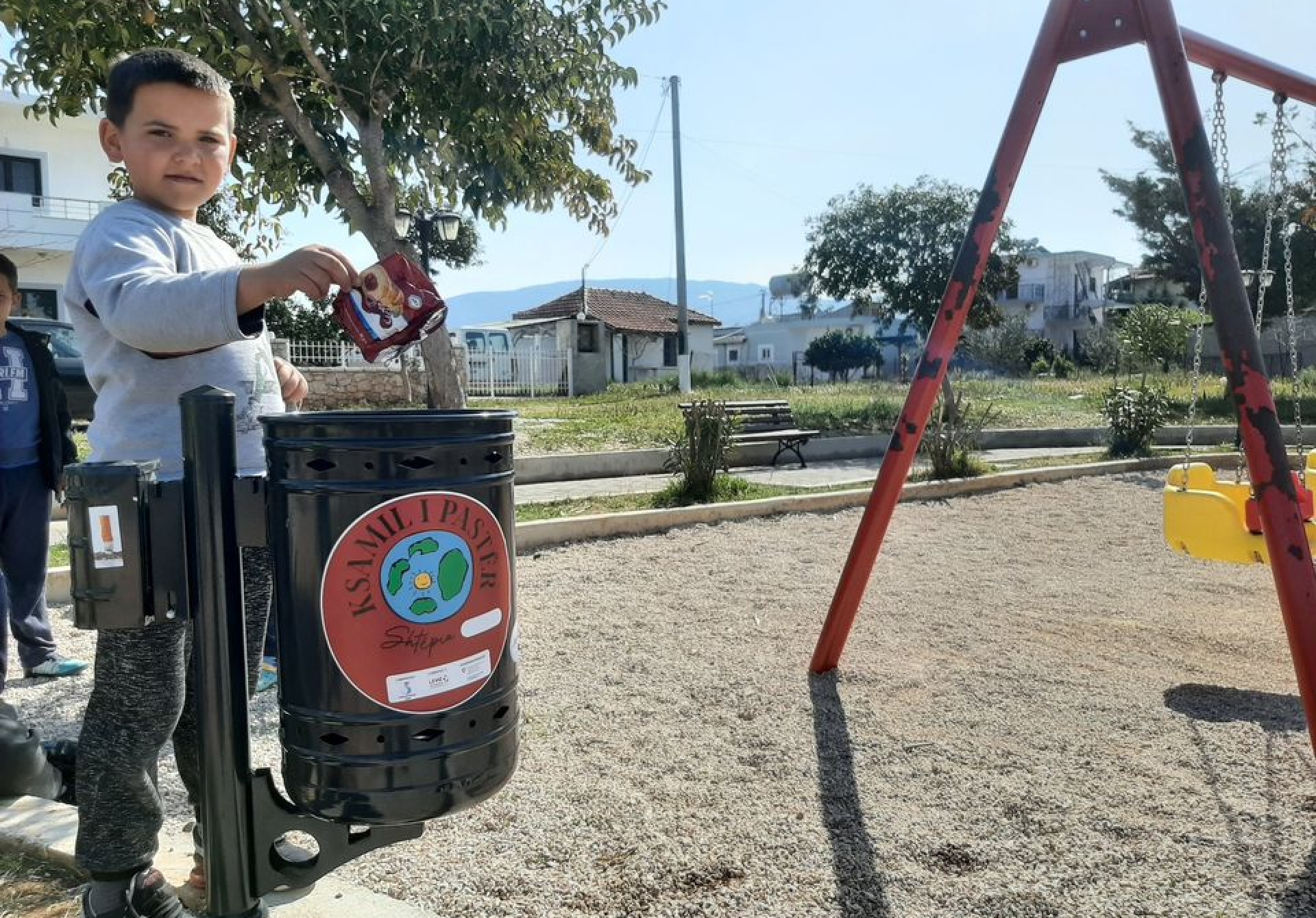 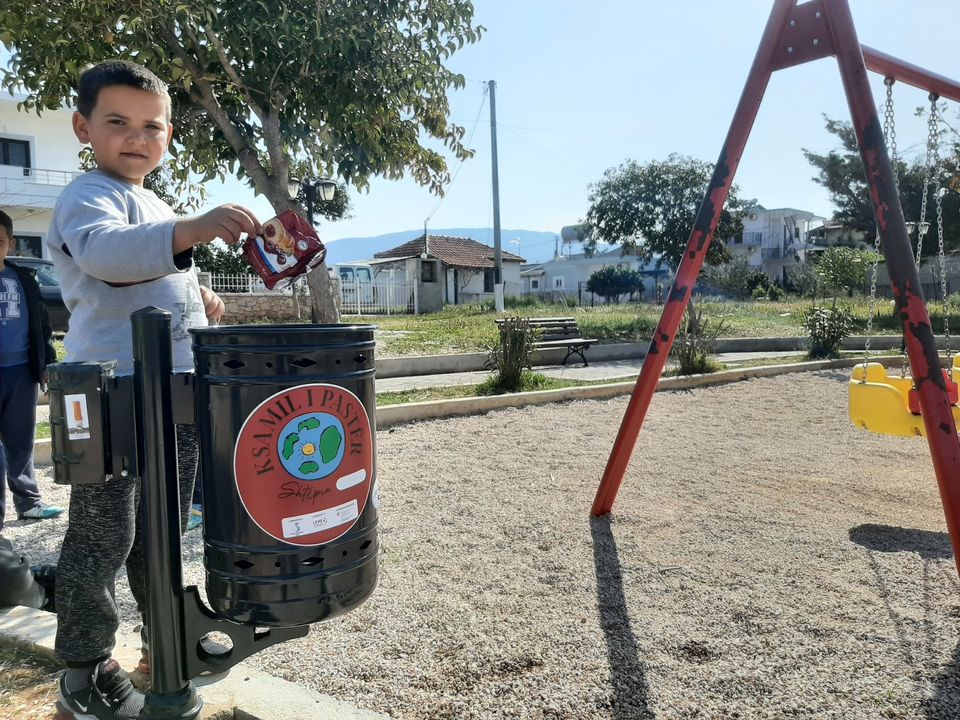 As part of the implementation of the project "Clean Ksamil" during the last weekend of March, waste collection bins were placed on the main streets of Ksamil. This initiative is supported by the Municipality of Saranda to carry out the process of urban waste collection. A special aspect of this initiative is the involvement of Ksamil primary school children, where as they were the informative part of the campaign on the importance of keeping the environment clean, they have adopted a basket that they will monitor so that it is not damaged and signal when overcrowded. 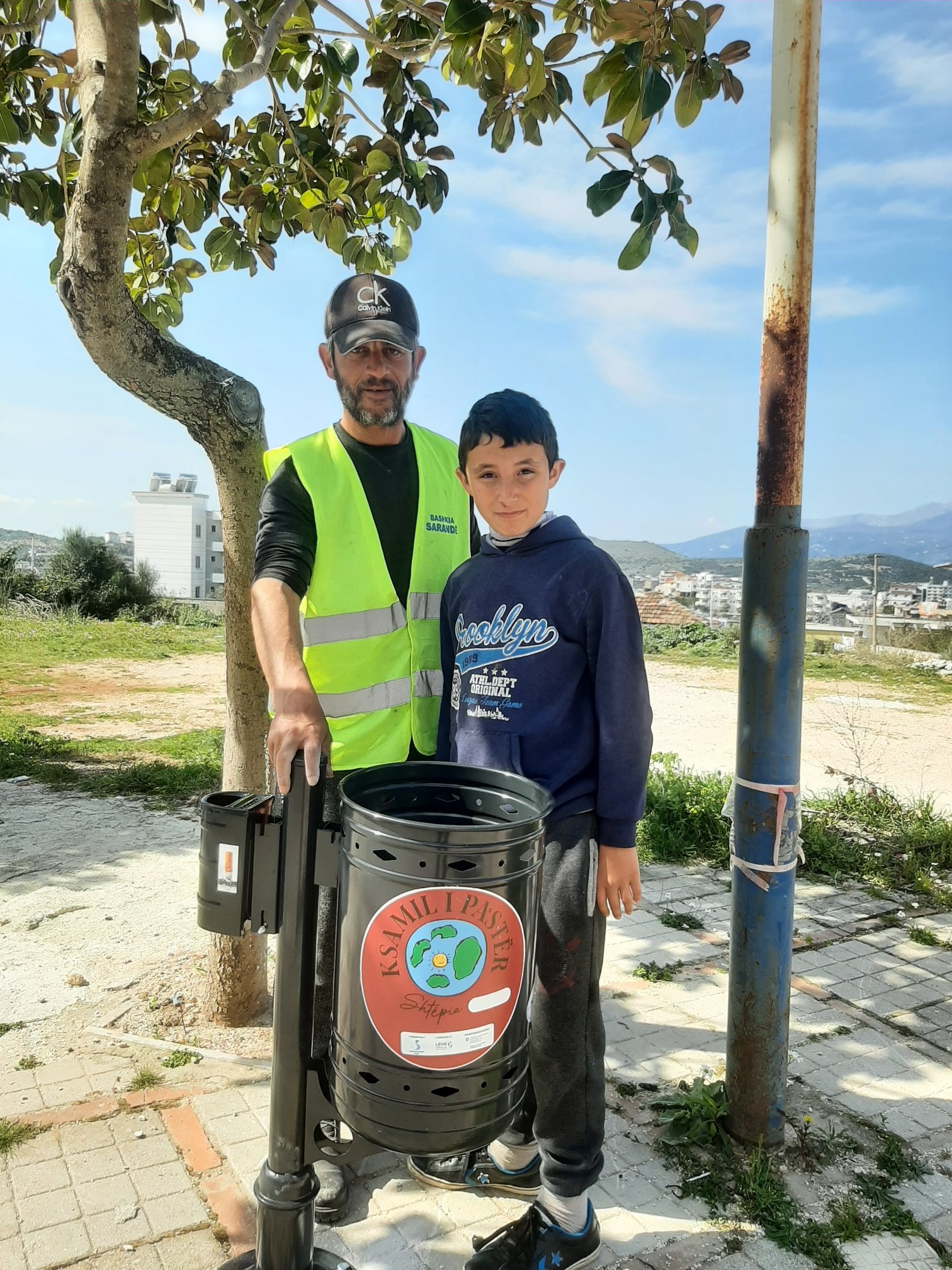 Also, Pure Ksamil has been active with the range provided by the organization to denounce and signal to the relevant bodies the problems of environmental pollution and interventions in rocky areas risking the destruction of fauna by private operators in Ksamil and Butrint. Through the engagement of a ranger in this area, the project aims that in the future the municipality of Saranda to increase the budget so that it is a sustainable firm for the protection of the environment and nature in Ksamil.