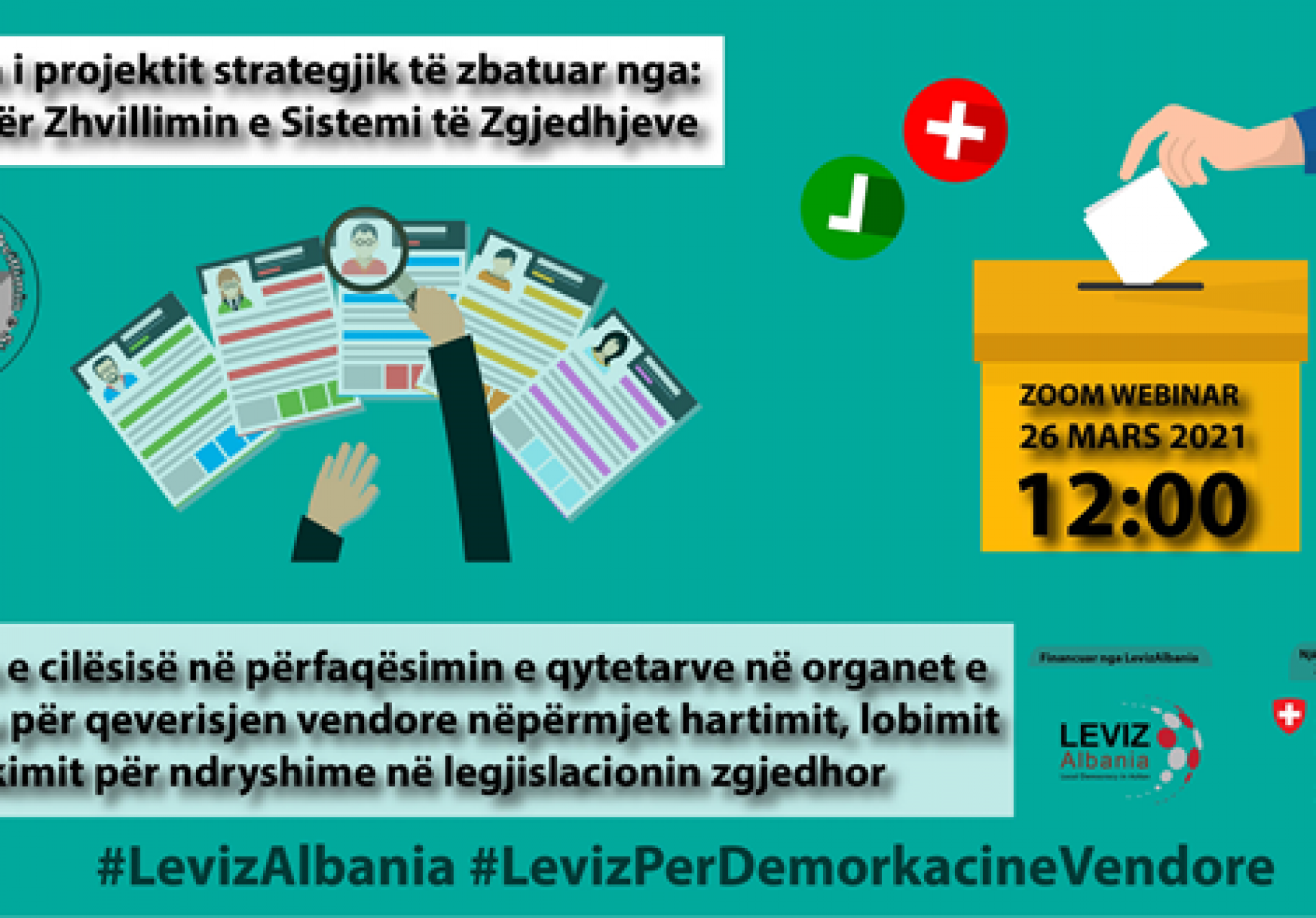 INSIZ launches the implementation of the strategic project supported by LevizAlbania

Implementation of the strategic project "On increasing the quality of citizen representation in elected bodies of local government through drafting, lobbying and advocacy for changes in electoral legislation"

On March 26, 2021, the strategic project implemented by the Institute for the Development of the Electoral System was presented through an online webinar, in partnership with a coalition of 8 organizations spread in a significant part of Albania: Women's Center Easy Steps, Civic Voice, Free Thought Forum, Tamara Center, Center for Youth Progress, Path Multimedia Center, Civil Society Development Center, Montenegrin Community Association in the Republic of Albania.

The project aims to increase the quality of citizen representation in local government elected bodies through drafting, lobbying and advocacy for changes in electoral legislation. The project is designed and will be implemented on the basis of a methodology which provides for the coordination and coordination of comparative analysis of the legislative elections to date, identification and analysis of perceptions and opinions of citizens on the quality of representation in local government, along with drafting , discussing and deciding on the interventions that should be made in the legislation, in order to increase the quality of representation.

The draft envisages, as its main activity, the implementation of the citizens' legislative initiative for the draft law on amendments to the Electoral Code, in provisions that address the election of local government bodies and the proposed changes to be made to the law on local self-government.

"The project is conceived in such a way that not only will have as its output a proposal for changes in legislation, but it is very important that this output is the result of the contribution not only of specialists participating in this project but also of citizens. This means that at the same time the project will implement the proposal for changes in legislation and together with it, will serve as an opportunity to inform and encourage citizens for more participation in local government. " Prof. Kristaq Kume, Project Director